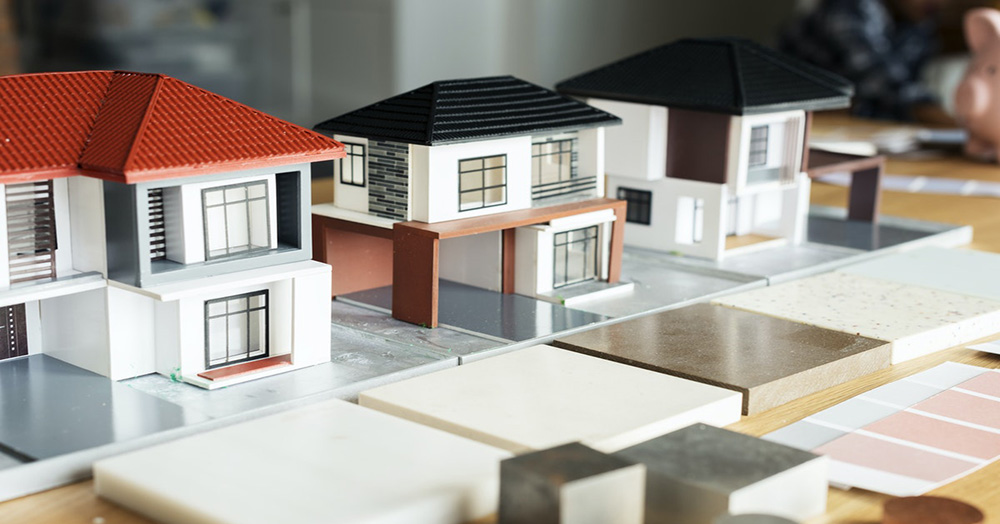 We all know the real estate market has been tight on inventory – although construction has seemed to pick up and ease buyer tension, there are still labor shortages and rising costs of materials.

So, what could be a possible solution to this growing problem?

Companies are coming out of the woodwork to offer a new printing technology to help transform the way we build houses and currently see the real estate market.

Mighty Buildings, a construction technology company based in Oakland, is doing just that. They’re printing homes with a synthetic stone that the company invented, called Light Stone Material. Their printer creates 3D panels that are applied to a steel frame. Robots then add insulation and interior woodwork, while finishes that appear to look like siding or brick can be applied to the outside. Features that might be too complicated for a robot to assemble, like cabinets, air conditioning, and appliances, are than added by workers.

The company can print a 350-square foot home in under 24 hours with almost zero waste, since the printer only creates what is necessary.

Other companies in Texas and New York are following suit.

What does this mean for the wider spectrum of construction within real estate?

Experts are agreeing that we’d be looking at more of a hybrid approach when it comes to building. With the technology still being relatively new, there’s a lot to discuss in terms of where it will fall in the cycle of construction.

But the one thing many builders and real estate experts agree on: it is faster and cheaper to build – which may just help alleviate contractors’ burden as of late. 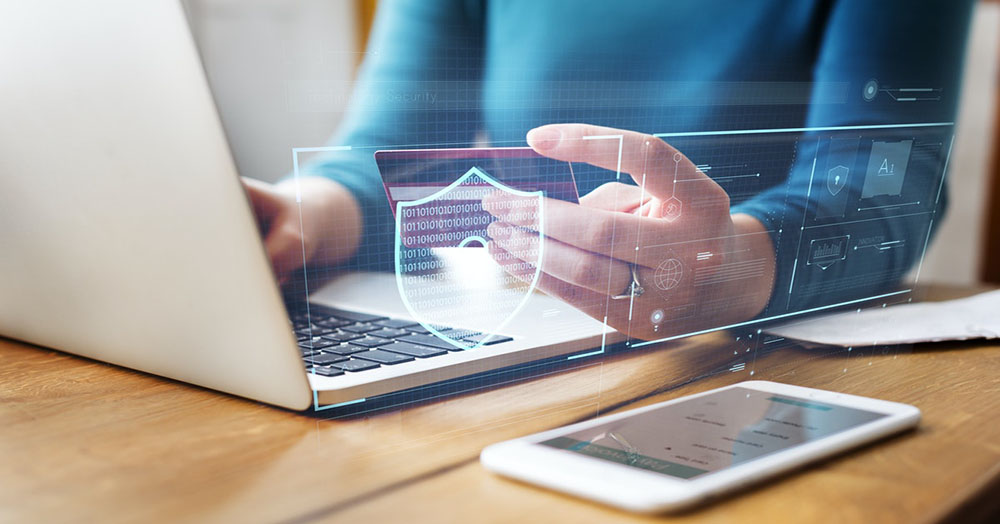 We’ve published many articles on the seriousness of cyber attacks in the title industry – to read on about how you can protect your investment, check out our articles, here.

According to the American Land Title Association (ALTA), Cloudstar operates six data centers throughout the United States and has more than 42,000 users (Alliance Title currently has not used Cloudstar in the past or presently).

Anne Neuberger, Deputy National Security Advisor for Cyber and Emerging Technology, wrote to business leaders under the Biden administration this past June on the importance of stopping and punishing ransomware attacks. The letter explains the Biden administration’s urgency to seek to disrupt cyber attacks and holding “countries that harbor ransomware actors accountable.”

The Cybersecurity and Infrastructure Security Agency (CISA) has developed a ransomeware guide that includes best practices and a response checklist. Review here. 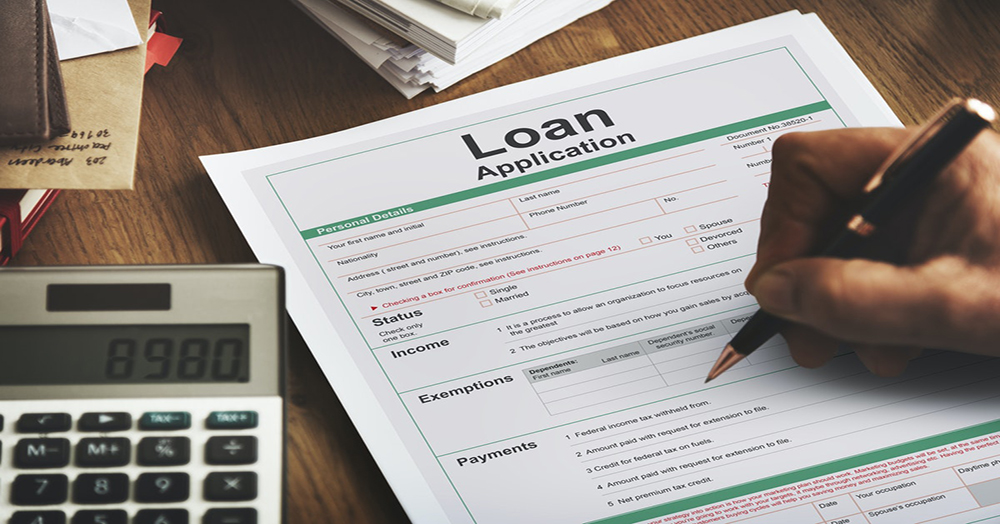 For years and years, consumers have held on to the belief that a 20% down payment is required to purchase a home.

And that 20% becomes a deterrent for many would-be homeowners.

According to the National Association of Realtors’® recent survey, the average down payment among all buyers is actually much, much lower – it’s just 12%.

So where did potential homebuyers get the idea that 20% is the requirement? Financial experts agree that a 20% down payment is ideal, because it helps homeowners avoid extra costs, like private mortgage insurance. Obviously, if a 20% down payment is something in your wheelhouse, then it’s the favorable opinion to put that much down.

But is a 20% down payment reasonable, or even possible for most?

So clear the idea that you need 20% to even enter the arena of becoming a homeowner – because it’s just not true. Younger buyers (those aged between 22-30) tend to put down the least, at an average of 6%. Those between the ages of 31 and 40 make an average 10% down payment.

But that’s not even the lowest a potential homeowner can go when it comes to making a down payment. Some lenders allow buyers to purchase a home with a down payment as low as 3%, and even some government programs allow no money down (VA issue loans).

If you’re sweating at a 20% down payment, you’re not alone. There are other options for you to reach your goal – as long as you talk with your lender and real estate agent to better understand your finances and where you’re at.

Covid has changed a variety of ways on how we live our lives – and shopping is one of them. Real estate is seeing businesses trying to search for bigger commercial spaces to house the products they need for growing e-commerce demands at record pace.

JLL, a commercial real estate services firm, released a new report showcasing big businesses – Walmart, Target, Big Lots, TJX, and Costco – aggressively competing for more warehouse space. The main reason? Amazon has been locking down and buying up warehouses across the country; other businesses are trying to catch up.

A great example of warehouse prices spiking is in the town of Columbus, Ohio. Columbus is predicted to jump 61% in 2021 compared to 2020 – because nearly half of the nation’s population is within a one-day drive.

Craig Meyer, President of JLL Industrial for the Americas, explains, “We’ve been on a long-term journey of shifting consumer behavior from buying in stores online. That’s the existential driver for demand in the U.S.”

Real estate experts are turning their eyes to the commerce industry – and we’ll have to wait and see how 2021 shapes up. 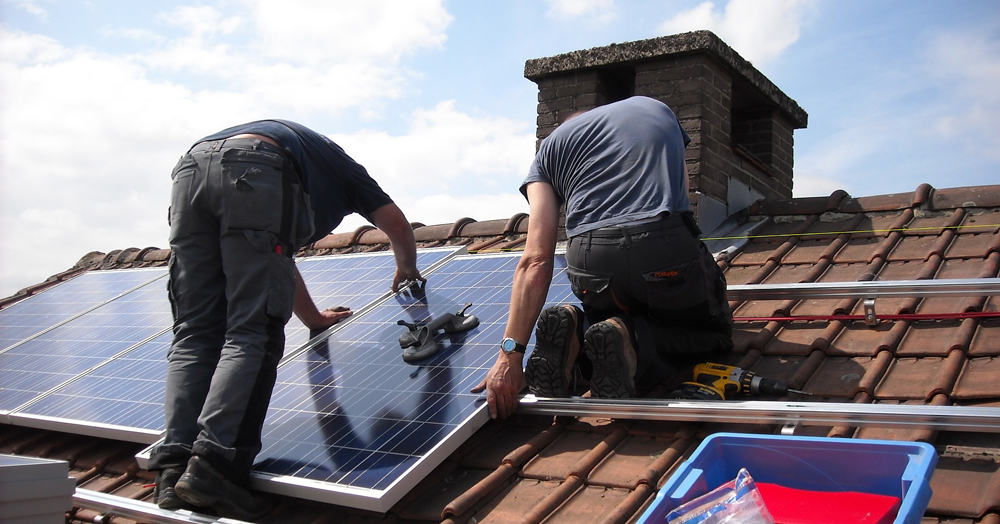 If you’ve always been on the fence about “going green” for your home – the statistics prove it: the upgrade is worth it in the long run.

Obviously, the states that are better friends with the sun turn a higher profit than those who don’t. The study found that the top 25 cities with the priciest homes with solar are in California.

Home buyers are searching for homes that are environmentally friendly, while also helping them save on energy bills in the long-run. And if it boosts your home value, why not?

If you’re shopping in the real estate market right now, then you understand the extreme prices the nation is currently seeing.

The Federal Housing Finance Agency (FHFA)’s recent study found that housing prices across the country rose 16% from April 2020 to April 2021.

Dr. Lynn Fisher, FHFA’s Deputy Director of the division of research and statistics, explains, “This unprecedented price growth persists due to strong demand, bolstered by still-low mortgage rates, and too few homes for sale.”

With mortgages rates rising a little above 3% for the first time since April last week, market experts are keeping tabs on what’s to come. 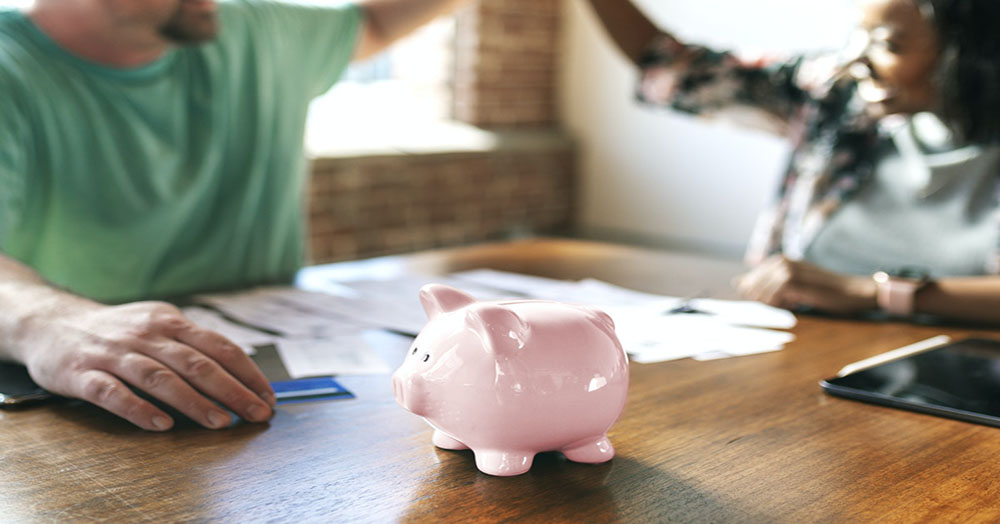 If you’re like the many post-university students in America, then you understand the burden that comes with holding and carrying your student debt.

For wanna-be-homeowners with student debt, the situation can come even harder. Many loans are weary of your debt-to-income ratio, thus, making it harder for you to obtain the financial assistance you need to purchase a home and become a homeowner.

Luckily, it looks like eases of requirements are changing.

Last summer, the National Association of Realtors® joined a team of roughly 20 housing groups in calling on leadership at the Department of Housing and Urban Development and the FHA to help change underwriting policies that calculate a borrower’s student loan debt.

Specifically – the aim was to close the gap between White and Black Americans when obtaining a mortgage loan. According to NAR, the gap between the two is larger today than it was in 1960, and Black homebuyers are more than twice as likely than Whites to have student loan debt and be rejected for mortgage loans.

The meeting ended up launching the Black Homeownership Collaborative. This group will continue to push for policy reforms and work with the FHA’s student loan change. These updates in policy will remove “unnecessary constraints for otherwise creditworthy borrowers” in helping to aid first-time homebuyers and underserved communities.

Student loans – and your race – shouldn’t prevent you from becoming a homeowner and fulfilling your real estate dreams.

For more updates on the policy change, check out the U.S. Department of Housing and Urban Development’s site here. 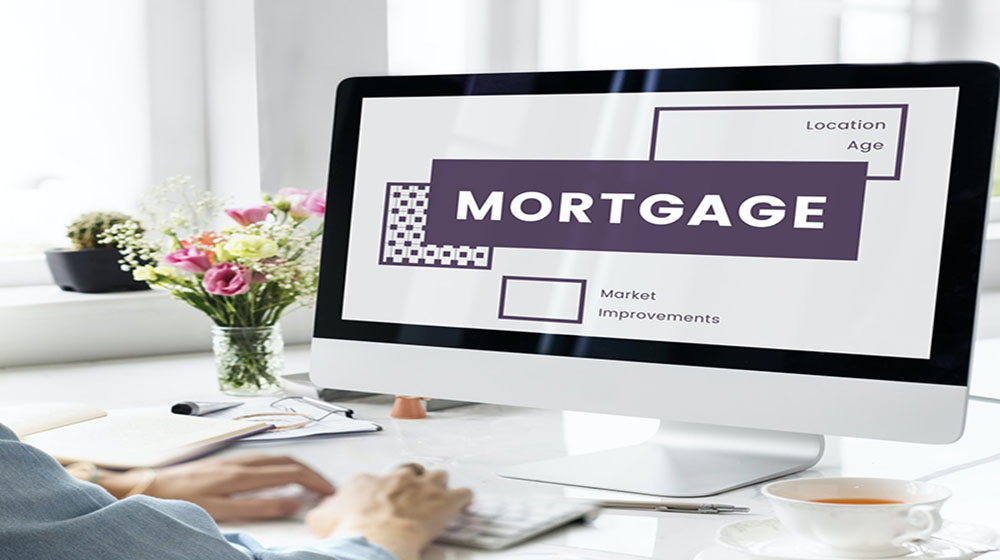 Why the sudden rise of applications?

The 30-year fixed rate fell to 3.11%, which is the lowest rate it’s been since May. And, although applications are starting to tick back up again, it is still 22% lower than the same week one year ago. Think peak quarantine – plenty of potential homebuyers were trying to find more and better space.

The Federal Housing Administration (FHA) share of total mortgage applications increased to 9.6% from 9.5% the week prior. 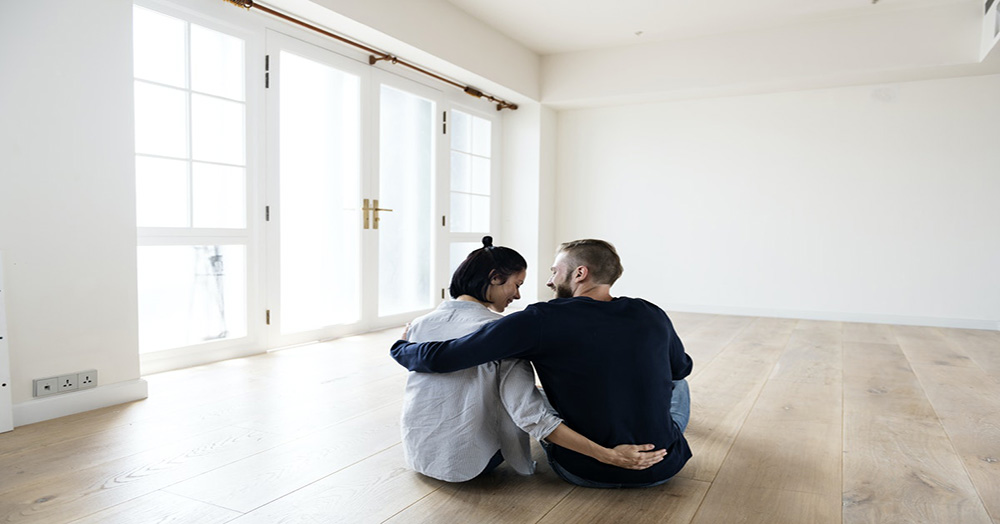 Looks like cities are getting the boot – or at least, aren’t the place many homebuyers are looking to purchase.

According to a recent report from Knock, a real estate technology company, nearly 6 out of every 10 pandemic homebuyers opted for a new, often less populated city within the same state they currently live.

With COVID changing much of our world, more and more homeowners and buyers were able to start working remotely, which ended up changing how the real estate market worked as a whole.
Sean Black, Knock’s co-founder and CEO, explains, “Almost overnight, our homes took on a whole new meaning. In addition to where we live, they became where we go to work, go to school, workout, and everything in between. It prompted us to re-evaluate what we want and need our home to be.”

More space is the key – with our homes becoming more and more of the space where we’ve grown accustomed to doing most things, homeowners and buyers are looking for room to grow.

40% of survey responders insisted on moving for a larger home, 39% wanted to move to a quieter neighborhood, and 37% wanted more outdoor space.

We’ll see what 2021 and beyond brings to the real estate market in terms of what buyers and sellers want and need. 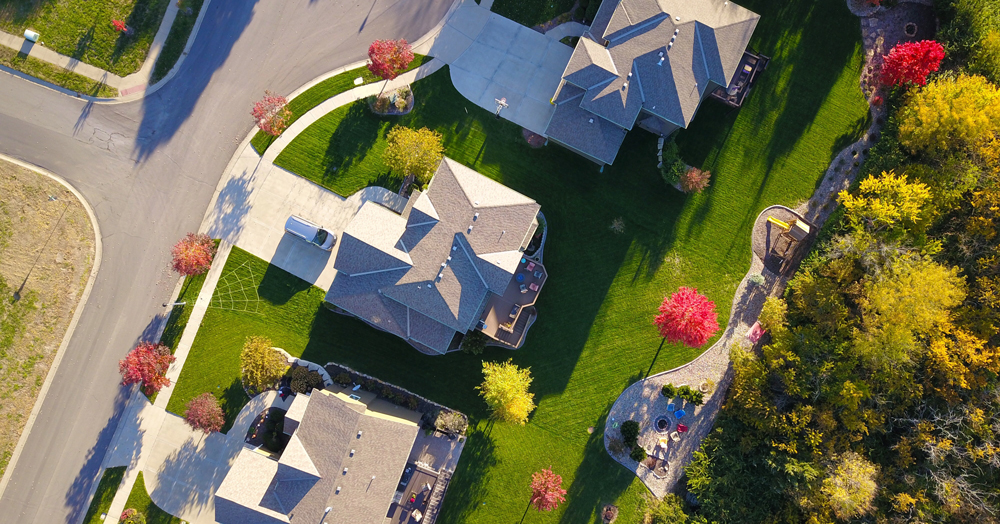 Homeowners haven’t been jumping to move – on average, homeowners have been living in their homes for about 10 years (which is double that between the years of 2000 and 2009).  There are plenty of reasons why homeowners might choose to keep put – what are yours?

According to the National Association of Home Builder’s analysis of census data, the median age of an owner-occupied home is 39 years old. This is up from a median age of 21 in 2005. More than half of these homes were built prior to 1980, and about 38% were built before 1970.

Housing professionals believe that this might mean that this aging housing stock shows a growing remodeling market. Older homes do need updates or repairs – which makes sense to plenty of homeowners. But it also might mean that homeowners are turning to remodels because of rising home prices.

Take a look at NAHB’s Median Age of Housing Stock by State infographic below: