Amazing. Beautiful. Crazy. Words can’t really describe what I experienced when viewing the 2017 eclipse in totality in Stanley, Idaho. It was just something you’d have to experience for yourself.

My friends and I started our day waking up at 3:30AM, packing our cars and getting the dog ready to head out. We decided on Stanley, Idaho, a super small town of about 63 people northeast of Boise, as our eclipse destination because it was in the path of totality and has great views of the Sawtooth mountain range landscape.

One of my good friends from high school drove with her coworker all the way from Florida on assignment from her news station back in Orlando, interviewing people and stopping places all in the eclipse’s path of totality. After three straight days of driving from Florida to Idaho, they were exhausted, but ready to see what they came all that way for.

Despite all of the warnings that traffic would be bad heading out of Boise into the path of totality, we took our chances and didn’t experience much traffic at all. Once we got to the outskirts of Stanley, we checked out the campground and trailhead around Stanley Lake. Both were pretty full, but still manageable. 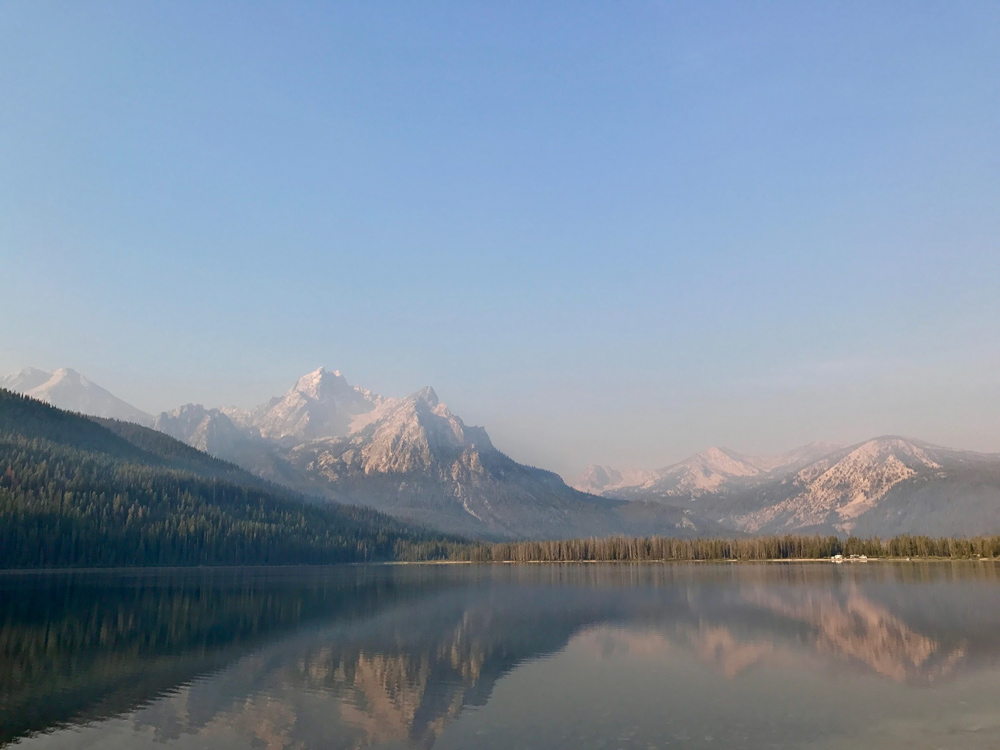 Deciding to go into town for cell and data reception, we were expecting Stanley to be completely packed, but were pleasantly surprised that it wasn’t. There were more people than normal for a summer morning. Food trucks and random vendors were selling things alongside the local establishments, all capitalizing on the much welcomed business. Cell and data reception were better than I remembered it ever being, too.

We found a spot to park both vehicles and hang out. Eventually we put on our eclipse glasses and started to see a small sliver taken out of the sun that eventually grew more into a crescent shape. The air gradually grew cooler and the surroundings started to dim into a greyish, gunmetal color. The Sawtooth mountains behind us started to glow as the eclipse reached totality and near darkness overcame everything.

After snapping some photos and starting recording a video on my phone, I was able to stare at the magic taking place in the sky. Other eclipse watchers were cheering and some were literally howling at the moon. I didn’t really see what my dog was doing during the eclipse, but it’s likely he had a look of confusion on his face with all of the howling surrounding us.

Two minutes and some change was not long enough. It didn’t look real and I couldn’t believe what I was seeing. 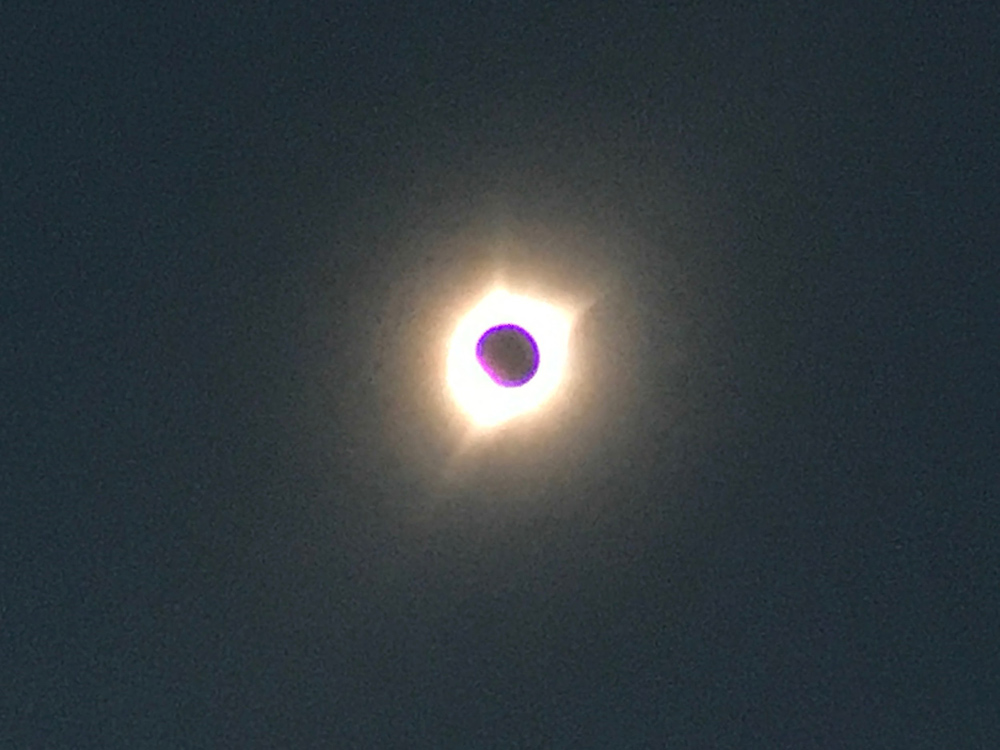 Before we knew it, the sun came blasting around the other side of the moon and it was difficult, not to mention dangerous, to view the last part of the eclipse without eclipse glasses. Not believing it was over, the howlers around us could be heard yelling “Go back! Come back!”

We hung out just a little while longer before packing back up. My friend and her coworker planned to stay a little longer because they had a few live hits they needed to be ready for during the live broadcast on the east coast.

Seeing that side of nature had me hooked and debating whether or not I should become an eclipse chaser.

—Rich Clum is the Marketing Copywriter in the Boise, Idaho corporate office.