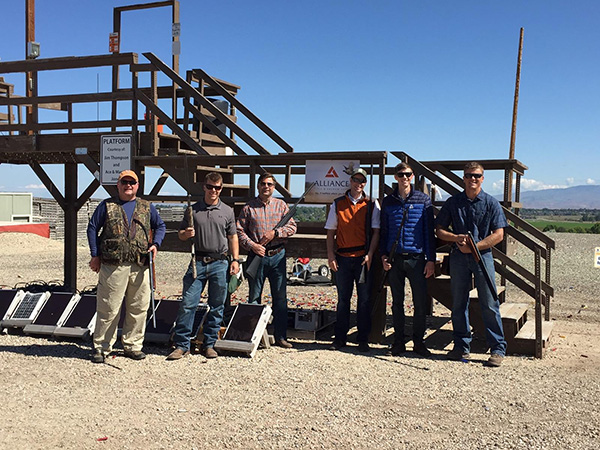 The Building Contractors Association of Southwestern Idaho (BCASWI) held their 2nd Annual Associates Council and Sporting Clay Shoot in Boise, Idaho on May 26th. For a second year in a row, Alliance Title was pleased to be a sponsor of a shooting station at the event.

In attendance were Alliance Title’s Senior Vice President and Area Manager Brian Stone and Vice President of Commercial and Builder Services Blake Napier. Alliance Title has been a member of the BCASWI for several years. Blake is very involved with the association, and he actively shares his time and talents as a sponsor.

The 4-hour event was sold out this year. Breakfast and lunch were served to the large group of participants. While Blake and Brian’s shooting team did well, they were not among the top shooters to receive awards. Nevertheless, Blake said that the event was a lot of fun and that they had a great time!