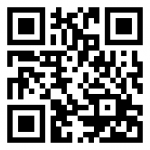 For the week ending February 28, 2014, mortgage application volume ended the month on an upswing according to the Mortgage Bankers Association’s (MBA) Weekly Mortgage Applications Survey. On a seasonally adjusted basis, the MBA survey revealed a 9.4% from the week before with the Refinance Index increasing by 10% and Purchase Index increasing by 9%.

While the President’s Day holiday was not adjusted for in the previous week’s survey results, the MBA reported that “The seasonally adjusted Purchase Index was 6 percent higher than its level two weeks earlier, but was still 19 percent lower than the same week one year ago…the Refinance Index is still 3 percent lower than it was two weeks ago.” Read more at http://bit.ly/MOzSFq.