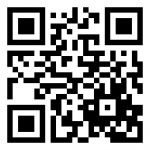 Using data from sources such as the US Census Bureau, the Center for Regional Economic Competitiveness, and Greatschools.org, Forbes went in search of the top ten best metro areas to raise a family. Forbes took into account seven different categories to make their rankings. These categories included, “median income, overall cost of living, housing affordability (what pct. of the market is affordable to a family at the median income), commuting delays, percentage of families owning homes, crime rate and education quality (mainly test scores).”

Out of the 100 metro areas Forbes examined, Boise, Idaho ranked 2nd in the top 10 best cities to raise a family. While Boise’s median income is 64th out of the 100 metros, with a cost of living index of 44, the percentage of residents who own a home in the metro area is 69%. Crime in Boise is low with education ranking as 1st. See what other cities were included in Forbes’ top 10 cities to raise a family at