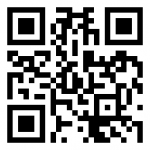 The National Association of Realtors (NAR) reported this week that December national existing-home sales were up 1.0% from November, but 0.6% below December 2012. Nevertheless, the NAR stated that “sales for all of 2013 were the highest since 2006.”

The NAR also reported continued constraints in inventory. “Total housing inventory at the end of December fell 9.3 percent…which represents a 4.6-month supply at the current sales pace, down from 5.1 months in November.”

Inventory is especially tight in the West region according to the NAR. Existing-home sales in the region in December were 4.8% greater than November, but 10.7% lower than a year ago. The West’s December median home price reached $285,000 – a 16.0% increase from a year ago. To learn more, visit http://bit.ly/1aPO4Ej.