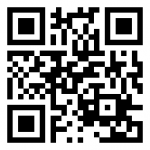 Business Insider reported that, according to the FBI’s most recent crime report, violent crime rates in the US rose by 1.2% in 2012 compared to 2011. Despite the increase, experts believe that within the past twenty years, the entire country has become safer. Upon further analysis of the FBI crime data, Business Insider identified the top 20 safest cities in the US with populations of 200,000 or more residents. Boise, Idaho was ranked at number 7 with a murder rate and robbery rate at 90% and 73% below the national average, respectively. To see the other safest cities ranked, go to