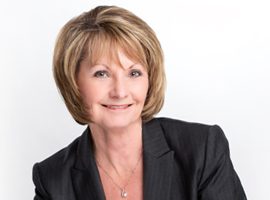 After 36 years of employment with Alliance Title (and its predecessor, American Land Title Company), Mary Bruggenkamp has decided to call it a career. Mary has informed us that she intends to retire in mid-July, shortly after her 36th anniversary with the Company. She’s hoping to take advantage of the additional time for some well-deserved R & R, doing some traveling, and just spending some quality time with her husband, Scott.

Mary has made many significant contributions to Alliance’s success over the years. She started her career with the Company on July 1, 1977 in our Salmon, Idaho branch. She transferred to the Idaho Falls branch in May 1986, and ultimately became the General Manager of that operation in April 1994. During her tenure as General Manager, the Idaho Falls branch was consistently one of the Company’s most profitable branches, and Mary has lead Alliance to a 1st place market share position in Bonneville County each year since 2008 (market share records prior to 2008 have not been retained).

On behalf of the entire management team, I would like to extend our sincere gratitude and appreciation to Mary for her years of service to the Company, and would like to ask each of you to join me in wishing Mary the best of luck as she moves into her retirement. (Article submitted by Ric Eborall, President of Operations.)

Light refreshments will be served.