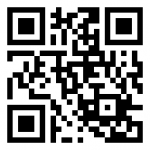 The first instance was during October 1993 to December 1994 when interest rates rose from 6.83% to 9.20%. Per Palim, “the rising trend in existing home sales was reversed” while the impact on home prices was subdued. The second instance was from October 1998 to May 2000 when “mortgage interest rates rose from 6.71% to 8.51%.” Because of the more gradual rise in mortgage interest rates, compared to the first instance analyzed by Palim, the pace of home price increases and home sales remained flat. To read more, go to:  http://bit.ly/15mYvwR.