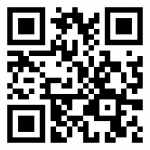 The National Association of Home Builders (NAHB) reported earlier this month that national housing affordability remains strong based on the results of their first quarter 2013 NAHB/Wells Fargo Housing Opportunity Index (HOI). Over the past four years, HOI data shows that housing affordability has remained consistently strong and the first quarter of 2013 is no different with 73.7% “of new and existing homes sold…were affordable to families earning the U.S. median income of $64,400.” While this percentage was slightly down from the fourth quarter 2012, when home affordability was at 74.9%, NAHB Chief Economist David Crowe stated, “The bottom line is that, for consumers who can quality for a mortgage at today’s attractive rates, the majority of homes being sold remain within their grasp in markets nationwide.”

Of the 222 metro areas analyzed in this quarter’s HOI, Pocatello, Idaho tied for 8th place as the nation’s most affordable housing markets. The HOI showed Pocatello’s share of affordable homes for median income at 93.8% with the median family income at $57,000 and the median home sales price at $121,000. On a regional level, Pocatello ranked 2nd.

The Treasure Valley was also represented in the first quarter HOI. The Boise-Nampa, Idaho area ranked 158th on a national level and 36th on a regional level for home affordability. The HOI reflected that the share of affordable homes for median income was at 75% with the median family income of $60,000 and the median home sales price of $188,000.