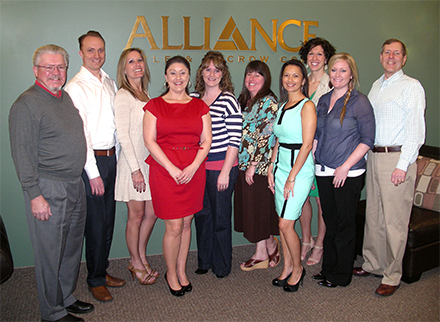 Alliance Title’s downtown Boise office is located at the C.W. Moore Building. Constructed in 1999, the nine-story high rise is a reminder of Boise’s continual growth and renewal. But, similar to all forward-looking cities that invest in progress and development, Boise’s rich history is never far behind.

Within walking distance from the C.W. Moore building is the C.W. Moore Park which is part of the Old Boise Historic District. The land for the park was gifted by one of Boise’s earliest and most influential individuals, Christopher W. (C.W.) Moore, who came to Idaho in 1862. Moore established the First National Bank of Idaho with partner, B.M. DuRell, in 1867. Upon his passing in 1916, Moore deeded the two lots for use as a children’s park and playground. As for the bank, Moore’s third child, Crawford Moore, ran the First National Bank as president and one of three trustees from 1916 to 1932 until it was closed for two months during the Depression. After the brief closing, Crawford Moore maintained his title of president, but Homer Pitner was designated as head of operations.

Today, the park displays remnants from Boise’s historical buildings that were taken down during the “urban renewal wave in the 1970s.” Included in the park is the 1903 Pierce Building turret that “stood across Main Street from the Idanha Hotel. Demolition of the Pierce in 1975 made way for One Capital Center.”

The downtown Boise team welcomes the opportunity to provide title and escrow services for your next real estate transaction!