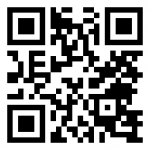 After declining for four consecutive years, 2010 was the start of a steady increase in title insurance premium volume. As of the end of 2012, the American Land Title Association (ALTA) reported a 21% increase in written title insurance premiums over 2011 and a “net operating gain of $504 million in 2012, compared to a $20-million loss in 2011.” Continued strength and stability within the industry is anticipated by ALTA’s CEO, Michelle Korsmo, as she says, “The land title industry has come out of the real estate crisis well positioned to meet the needs of homeowners and homebuyers in the future.” http://on.wsj.com/11rLAWX