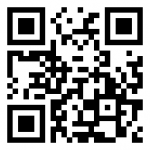 The Federal Housing Finance Agency (FHFA) has announced in a press release that the Home Affordable Refinance Program (HARP) has been extended to December 31, 2015. While the program was set to expire at the end of 2013, HARP’s success in aiding over 2 million borrowers in refinancing their Fannie Mae or Freddie Mac guaranteed mortgages since its inception has justified the extension. Edward J. DeMarco, acting director of the FHFA, explained, “We are extending the program so more underwater borrowers can benefit from lower interest rates.” To learn more about HARP eligibility requirements and to read the full press release, go to http://1.usa.gov/ZjEVxu.