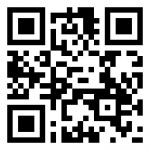 Homeowners who once lost their homes to short sales or foreclosure, also known as boomerang buyers, are anticipated by industry experts to return to the housing market in large numbers between 2013 and 2016. John Burns Real Estate Consulting estimates that 70% of boomerang buyers “will likely return to home ownership within eight years of their short sale or foreclosure.” Since the housing downturn began in 2007, it is believed that many former homeowners will have reestablished their credit since their short sale or foreclosure and will be eligible to buy a home again now or in the near future. Many of the boomerang buyers coming back onto the market are from metropolitan areas that were the hardest hit during the housing bust. To read more, go to http://on.freep.com/YLDj3g