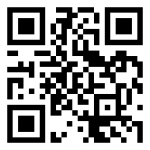 The National Association of Realtors’ (NAR) February existing-home sales data showed that “Sales have been above year-ago levels for 20 consecutive months, while prices show 12 consecutive months of year-over-year price increases,” thus affirming a health housing recovery. February existing-home sales increased by 0.8% over January and were 10.2% greater than February 2012. While many reports have circulated as to the tightness in housing inventory, the NAR reported that nationally inventory increased in February by 9.6% over January, representing a 4.7 month supply. In the West, existing-home sales were up by 2.6% in February and 1.7% over a year ago. Still due to limited inventory, the median price for existing-homes reached $237,700, a 22.7% increase over a year ago. http://bit.ly/11WAsaB