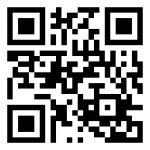 In the western region, Zillow looked as states such as Montana, Washington and Wyoming. Ranch/rambler style homes were most prevalent in all three states. Both Wyoming and Montana had log cabin/rustic home styles with Montana having some bungalow style homes as well. Washington also had bungalows, but traditional styled homes were also common in the area.

To see pictures of home architectural styles and Zillow’s other state and regional findings, go to http://bit.ly/16JYaqh.