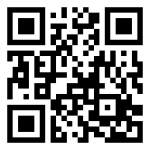 The total national existing-home sales in January rose 0.4% over December 2012 sales and were 9.1% over January 2012 sales based data from the National Association of Realtors (NAR). All regions analyzed by the NAR saw increases in existing-home sales with the exception of the West which “fell 5.7 percent to a pace of 1.15 million in January and were 5.7 percent below a year ago. The median price in the West was $239,800, which is 26.6 percent above January 2012.”

Inventory constraints continue in not only in the western states, but also across the nation. The NAR indicates that total housing inventory fell to a 4.2 month supply at the end of January as opposed to a 4.5 month supply in December. As demand for housing continues to be strong, combined with falling inventories and rising home prices, the NAR believes that a seller’s market is developing. http://bit.ly/Wie2hB