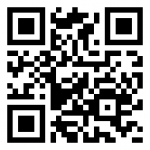 All regions of the nation analyzed by the NAR showed increases in existing-home sales. The West region’s existing-home sales were 5.9% greater in the fourth quarter than the third quarter and 5% greater than a year ago. To see the NAR’s interactive Metropolitan Median Area Prices and Affordability Map, and additional fourth quarter reports, go to http://bit.ly/VSQWOy.