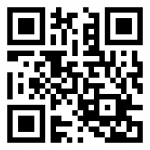 Since its inception in April 2009, the Home Affordable Refinance Program (HARP) has refinanced 2.09 million Fannie Mae and Freddie Mac mortgages. Most significantly though was in the increase in HARP refinance activity after major revisions were implemented to the program in 2011 and the program became known as HARP 2.0. One of the significant revisions in HARP 2.0 was the removal of “the existing 125 percent cap on loan-to-value ratios.” Mortgage News Daily estimates that the number of refinances that occurred after the implementation of HARP 2.0 was about 1.04 million as of November 2012.