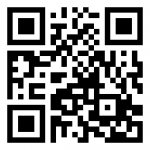 Changes were also observed in the average mortgage interest contract rates. “The average contract rate for 30-year fixed-rate mortgages with conforming loan balances ($417,500 or less) increased to 3.62 percent from 3.61 percent, with points, (which in all cases include the origination fee) increasing to 0.43 from 0.38. The contract interest rate for 30-year fixed mortgages has increased for five of the last six weeks. The effective rate increased from last week.” For jumbo loan balances ($417,500 or more), the 30-year fixed-rate mortgage interest rate decreased to 3.85% from last week when it was 3.88%. To learn more about the recent changes in mortgage interest rates, and to view interactive purchase and refinance index charts by Mortgage News Daily, go to http://bit.ly/VXc2Zc.