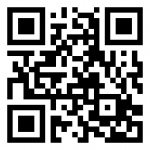 Data provided by the Department of Housing and Urban Development (HUD) and the US Census Bureau today revealed that the “Sales of newly constructed single-family houses increased by 4.4 percent in November” on a national level. This increase marks the ninth time over the past twelve months that new home sales have increased. What is more, November 2012 new home sales were 15.3% greater than in November 2011. New home inventory across the nation is at a 4.7 month supply based on the current rate of sales. In the West, including the states of Alaska, Arizona, California, Colorado, Hawaii, Idaho, Montana, Nevada, New Mexico, Oregon, Utah, Washington, and Wyoming, new home sales were “down 17.8 percent from the previous month but up 13.7 percent since November 2011.” http://bit.ly/RUtf6M