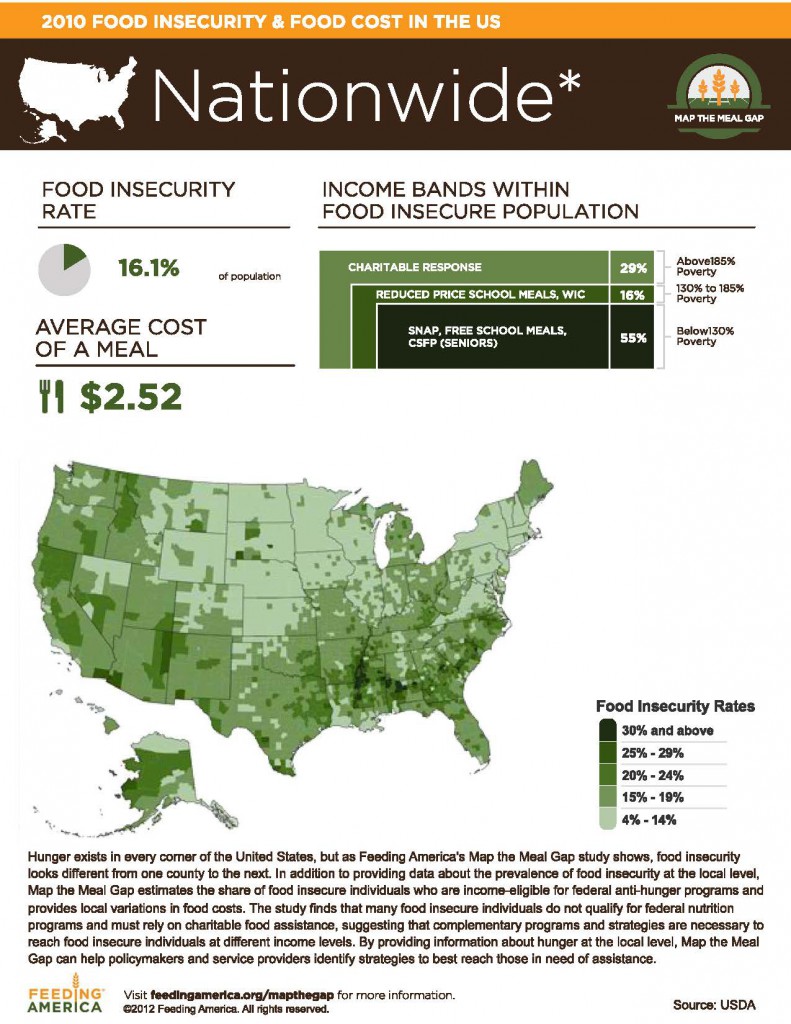 You may have heard or read that hunger and food insecurity is a widespread issue throughout our country – in every state and every county. But, are you familiar with the statistical data that represents how prolific hunger is in our nation?

Feedingamerica.org offers ‘Map the Meal Gap’ on their website which is a comprehensive heat map that shows the overall population and child population food insecurity statistics in 2010 on national, state and county levels.

Here are a few numbers to consider: