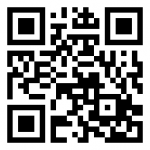 On another note, the existing home inventory has reached a healthy level. Bryan Kluger from HousingWire  reports, “Existing home and new home sales are also increasing at a 10% year-over-year rate, which mean demand is significantly higher, and mortgage rates are at an all time low. Since consumers are purchasing properties more now, the existing home inventory is down 20% year-over-year and at six months supply, which is back to normal for a good, healthy market.” http://bit.ly/Ra67gf