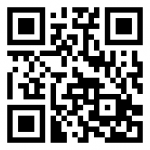 After gradual weekly increases to the average mortgage interest rate for 30 year-fixed rate mortgages, the rate decreased in the week of September 6th and remained unchanged for the week ending September 13th per Freddie Mac’s Primary Mortgage Market Survey. Six basis points above the record low average, the average 30-year fixed rate landed at 3.55%. At the same time last year, the average rate was 4.09%.

“Five-year, Treasury-indexed, hybrid adjustable-rate mortgages averaged 2.72%, down from 2.75% last week and falling from 2.99% a year earlier” while 1-year ARM rates remained unchanged at 2.61% but still down from a year ago when they were 2.81%. http://bit.ly/ON1zup